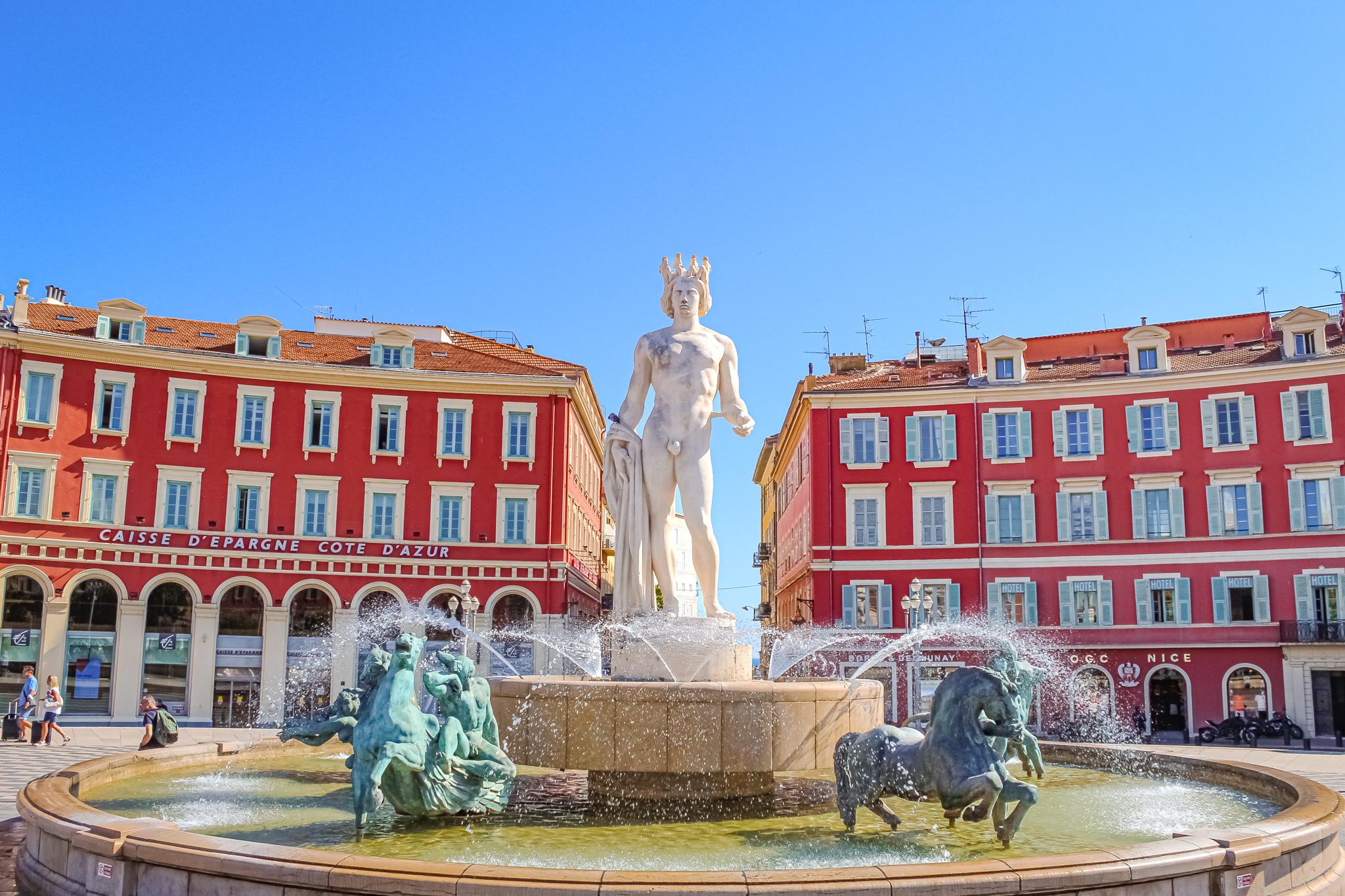 It is the most central square in the city, and its colors and architecture will certainly surprise you!

How to get there:

Originally, the place was composed of two places that were connected by a bridge. The Sun Fountain, located on the semi-circular part towards the sea, was inaugurated in 1956. It is made of a 7-metre-high sculpture of Apollo and 5 bronze statues representing characters from Greco-Roman mythology: earth, mars, venus, mercury, and saturn.

On the other side, 7 statues standing 12 metres high dominate the square. This is a work by the artist Jaume Plensa called "Conversation in Nice". These 7 characters are a symbol of the seven continents. At night, they are lit up and change from one colour to another: these variations represent their mutual exchanges. These statues are often mistaken for Buddhas, but the artist's intention was to represent them in the manner of ancient scribes.

The Place Massena is the venue for the city's major events such as the Nice Carnival, the Christmas market, the Nice Jazz Festival and many others!

Be prepared and remember to book your hotel room right away ????

Walk along the Coulée Verte and then go to the rooftop bar of the Hotel Aston la Scala (cheers!)